Home > Our Company > Leadership > Board of Directors > Dave Ritchie 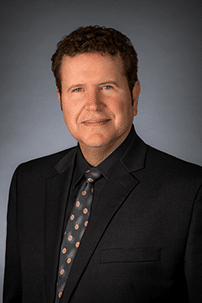 Dave Ritchie has a 25+ year history of working with start-up, turn-around and established corporate environments in the healthcare industry. As a consultant, Mr. Ritchie has provided consulting services to private equity, venture capital and over 28 companies specializing in pharmaceuticals (generic, proprietary and biotech), API and medical devices. Previously, Mr. Ritchie was with King Pharmaceuticals where he led turn-around efforts over three divisions, helping secure the company’s ability to launch a successful IPO. Before King, he was with Epicenter Technologies, and served as President overseeing the development and commercialization of software and hardware platforms designed for use by pharmaceutical companies. After securing placement within Fortune 100 and Fortune 500 companies, Epicenter was acquired by IDLC, Inc. Mr. Ritchie has served as an expert witness, and is recognized by the Second, Third, Sixth and Seventh United States District Courts. Mr. Ritchie is a current member of the Board of Directors for Medical Molecular Therapeutics and has served on the boards of Paradigm Pharmaceuticals and Smith Chemical Industries.