WILMINGTON, Mass. (August 1, 2016) – CutisPharma today announced the appointment of Steven Dinh, Sc.D., as Executive Vice President and Chief Scientific Officer. In this key role, Dinh will oversee the Company’s efforts to develop its pipeline of drugs for New Drug Application (NDA) submission to the U.S. Food and Drug Administration. 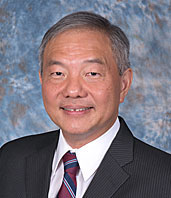 Dinh brings to CutisPharma over 35 years of industry experience. Most recently, he served as Vice President and Chief Scientific Officer of Noven Pharmaceuticals, where he headed the company’s Science and Technology organization. He also held leadership roles of increasing responsibility at E.I. Dupont de Nemours & Co., Ciba-Geigy (Novartis), Emisphere Technologies and Noven Pharmaceuticals.

“We are pleased to have Steven join our team at a key moment in our Company’s history,” said Neal Muni, MD, MSPH, Chief Executive Officer of CutisPharma. “Steven’s experience and leadership will better position us to execute on our R&D portfolio strategy and achieve our goal of obtaining regulatory approval for our expanding portfolio of drugs.”

“I am thrilled to be joining the CutisPharma team,” Dinh said. “CutisPharma has been a leading developer of innovative products for the pharmacy compounding market and I am pleased to lead the Company’s transition toward bringing a new portfolio of drugs through the development process for NDA submission.”

CutisPharma has undertaken several significant initiatives to transition the business from its historical base in the pharmacy compounding market and toward development and commercialization of FDA-approved drugs.

In March, the company announced the opening of a state-of-the-art manufacturing center at its Wilmington, Mass., facility and completion of supporting activities to prepare the first NDA filing of the Company’s lead pipeline drug, RM-01, next year. In April, the Company announced the initiation of a partnership with Dr. Reddy’s Laboratories, which will allow for the acceleration of three additional drugs, RM-02, RM-03 and RM-06, toward FDA approval.

The appointment of Dinh as Chief Scientific Officer will further enhance the Company’s ability to bring its promising new drugs to the marketplace in an efficient and timely manner..

CutisPharma, Inc., based in Wilmington, Mass., is a privately held, specialty pharmaceutical company that has historically developed and distributed kits used by pharmacists to safely create compounded medications. Building on the strength of its FIRST Unit-of-Use kit portfolio, the company has repositioned its focus toward developing and commercializing FDA-approved drugs in niche markets of high-unmet need.